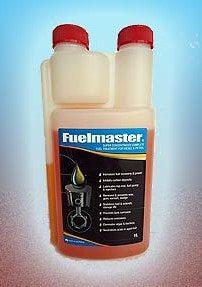 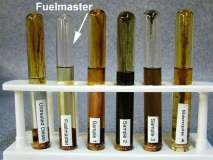 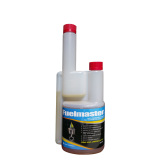 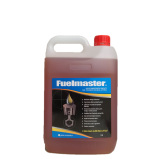 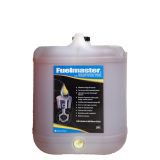 All petroleum fuels are composed of hydrocarbons. No matter which refinery or how “clean” the fuel is, no matter what make of engine or how new it is, some of the hydrocarbon components in the fuel will form particles of gum, resin and carbon during the heat of the combustion cycle.

It is these particles which cause fuel to burn incompletely, creating:

Nature itself adds to the problems of the end user of diesel, because fuel is handled several times before arriving in the tanks.

At each handling stage there is a possibility of contamination by water or air borne microbes (cladosporium). It can also enter your fuel via breather pipes.

Heated fuel returns from the injector lines to the fuel tank, which then cools and contracts, drawing in some moisture laden air and fungal spores that then condensate, running down to the bottom of the tank. It is on this interface of water and fuel that the diesel bug thrives and multiplies.

Fuelmaster® acts on the water, making it become part of the fuel molecule, then it is burnt off harmlessly.

This product very quickly pays for itself, leaving you to reap the benefits of cleaner running engines, with extended oil life and reduced maintenance costs.

We use a simple three-stage test to show Fuelmaster® at work on a sample of diesel, also comparing it with four other commonly used products in the marketplace.

The test begins with 6 test-tubes and 15ml of diesel in each.

The first tube is left untreated, the second has 3ml Fuelmaster added to it.

Samples 1, 2, 3, 4 are treated with 3ml of the most commonly used fuel treatment products in the marketplace.

Because acid develops in all fuel (from sulphur and moisture) it is used as the medium to change the pH in these test tubes. 2ml of sulphuric acid is added to each test tube. They are then corked and shaken.

An orange/brown gum and shellac can be seen forming. To many this will be a familiar colour seen around fuel lines, etc. Components of the fuel are reacting with each other, bonding and forming polymers, high in carbon and low in hydrogen.

Inverting the test tubes clearly shows what is happening in them. What appears as thick sludge is the polymers. The way they are sticking to the walls of the the test tubes indicates a serious lack of lubricity.

Diesel engine manufacturers, including Detroit Diesel, Cummins, Caterpillar and EMD, typically do not recommend “additive use” – and for good reason.

Metallics used to act as a catalyst can produce ferrous salts, which can be abrasive.

Austech Industrial Solutions do not class Fuelmaster® as an additive.

Fuelmaster® is a complete fuel treatment that does not alter the ASTM fuel specifications (see laboratory report below).

Fuelmaster® used at the recommended ratio will not damage diesel or petrol engines and will not void engine warranty.